A lot of terminology linked to the failure of a coating system may appear interchangeable at first sight, but the reality is that different terms are indicative of very different technical problems and need to be used properly. This is often the case in describing some common coating defects.

The failure of a surface coating can be caused by a variety of reasons at any stage in the lifecycle of a paint system.

Poor design or system formulation, inadequate surface preparation, poor application or inadequate curing can all cause problems, as well as exposure to particularly aggressive environmental conditions. 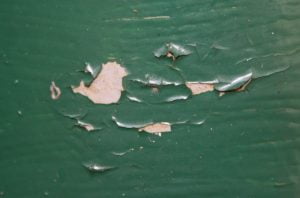 One of the most common defects associated with coating failure is detachment – more commonly recognised as flaking, peeling or delamination.

Flaking is particularly familiar on timber substrates where the differential expansion between the coating and the timber can cause the separation to begin. It can also be caused by the use of an incorrect paint system, poor surface preparation or ageing of the paint system.

Flaking is similar to peeling, but with the former the coating tends to be harder and brittle. Peeling is more often associated with softer and pliable coatings and is caused by a loss of adhesion between individual coats or between the first coat and the substrate.

Typically, peeling results from a reduction in bond strength of the paint film that is caused by inadequate surface preparation, contamination between coats, exceeding maximum overcoating times or coating incompatibility. 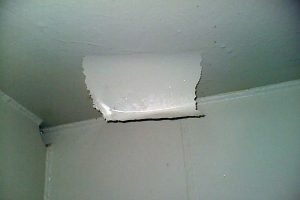 In many respects peeling is similar to delamination, particularly when there is contamination between coats in the form of dust, dirt, grease, condensation and chalking – all of which can disrupt proper adhesion with subsequent coats.

For those involved in paint inspections and coatings , an estimation of the degree of flaking is covered by the standards ISO 4628-5 and ASTM D772.

ISO 4628-5 assesses flaking in relation to quantity, size and depth by comparison with standard diagrams and differentiates the flaking as wither with or without a preferential direction. ASTM D772 covers the extent of flaking (or scaling) by comparison with four photographic references.

Although not designed specifically to do so, the standards can also be used as an aid to estimate the degree of peeling of delamination.